Updated: 1-08-2022
Application version: 3.2.1
Category: Casual
Developer: Rovio Entertainment Corporation
Android version: 4.1+
Rating
Average rating
3.6
Description
Angry Birds 2 (angry birds 2) is the second part of one of the most notorious gaming applications for mobile systems, which in a short period of time has become a symbol of mobile gaming. A lot of interesting features were introduced into the game, which, by the way, are not so good. It is unlikely that there was such a user on the planet who did not play or did not hear about angry birds. An incredible number of projects, in which our feathered friends were involved, came out, they became a legend, so almost any product with their direct participation will become a hit. But this time we were offered a standard continuation of the original source, which is likely to be appreciated by connoisseurs of the original source. Although it is clear that the programmers from the Rovio studio really wanted to stick something non-standard in order to create interest among new users, to be honest, the innovations didn’t work out very well, roughly speaking, this is still the same arcade game in which they tried to add a drop of strategy and action.

The gameplay has not changed much, you still have to fire from a large slingshot with the most diverse birds at the buildings in which various pigs are hiding, they again stole eggs from poor birds, so the rest of the time we will have to deal with their return to their native nests. The first distinguishing feature of Angry Birds 2 (Angry Birds 2) is that the cards in the game are now divided into several positions, which is not very convenient, since now there is no way to see the complexity of subsequent rounds by eye, respectively it will not be easy to distribute the birds lying in the reserve for an accurate hit. Another innovation flows from this - it will now be possible to attack the heroes in a non-standard sequence, the player himself has the right to choose which feathered friend to shoot at the towers. In addition, players will be able to return back the already used bird, for this you will need to completely fill in the column of damage. All the birds in the project will be unlocked one by one, but they can also be pumped with the help of crystals.

Management in Angry Birds 2 has not changed much, we will still pull the rubber band with short swipes and align the trajectory of the projectile. It is also worth remembering that any bird has its own ability, for this reason, in order to activate it, we will need to repeatedly click on the screen during the parry. Perhaps the most visible changes have affected the external component of the game. Everything has become much brighter, the weather conditions, the background screen saver, animation will now change on the locations, there will be bright highlights, special effects, and a rainbow. It all looks very interesting. To some extent, the game has slightly lost that magical atmosphere of the first part, but on the other hand, this is the usual development of the game.

The main features of Angry Birds 2: 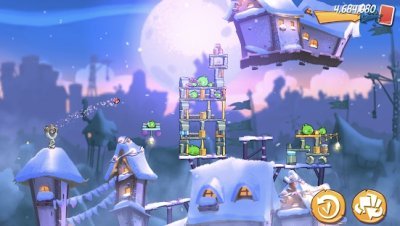 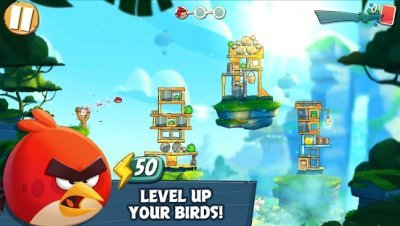 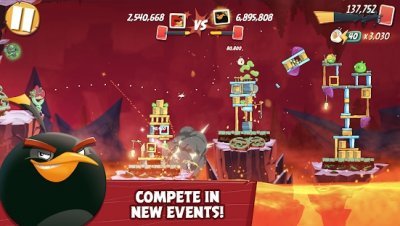 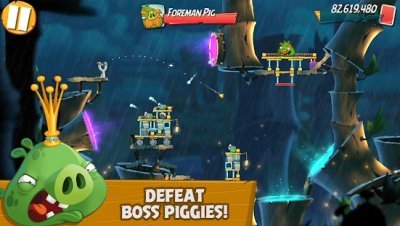 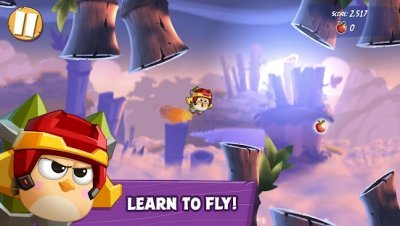