Updated: 2-08-2022
Application version: 1.1.07
Category: Action
Developer: 1C
Android version: 2.2+
Rating
Average rating
4.1
Description
Doom 3 - a game in which each player can try to survive in an aerospace center, where alien creatures are teeming. Use lasers, blasters, grenades, pistols and other weapons that will be at your fingertips.

The plot of the toy: with the people who colonized Mars, from the United Aerospace Station lost contact. A detachment of paratroopers was sent from the Earth, who should find out what happened here. Not having time to land, the detachment faced an attack by aliens. Only one person survived, he was able to get to the center, but now he needs to try hard to survive. This game is well ported and identical to the PC version that came out in 2004. The gameplay is dynamic: you need to constantly move through the corridors, destroy enemies, find ammunition and look for new weapons. It is very convenient that there is a save system.


The control system is very interesting and deserves attention. Here, the control is implemented using the on-screen keys. In the lower left corner there is a joystick, it is responsible for the movement of the hero. In the lower right corner there is a block with active actions: application, jump, shooting. There are also keys for running / calm step, sit down. Try your best and survive in this chaos!

Important!
THE MOST IMPORTANT POINTS FOR BUILDING V4:
1) In the V4 assembly, everything is fine,
and, in some respects, interrelated.
so it's better not to interfere with the APK and CACHE build V4
with any other options.
2) The pause has a triple function:
just press - go to the main menu,
swipe right - quick save,
swipe down - fast download.
3). If the game intermittently crashes or freezes:
- use save all levels;
- disable shadows in system settings;
- activate the item in the launcher -
"disable original lighting"
(the last option will save you from crashes by 100%
but it will be very bad graphics).
This problem with the port is software,
and is present in all assemblies,
so almost everything depends on the device.
4). If you need original localization -
remove from folder "base" - "pak_RUSSIAN.pk4"
5). If the sound is stuttering, restart the game.
Screenshots Video 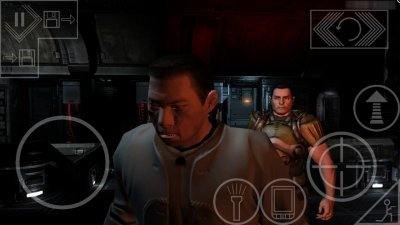 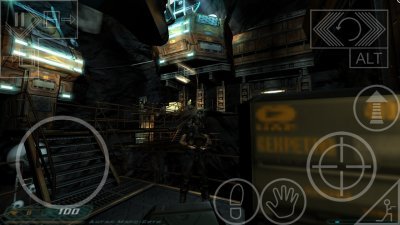 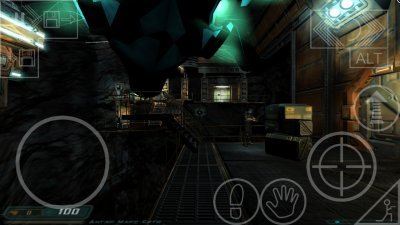