Updated: 3-01-2023
Application version: 2-9.3
Category: Action
Developer: AXLEBOLT LTD
Android version: 4.4+
Rating
Average rating
4.5
Description
Standoff 2 Private server is a tactical arena battle game. The private server of this game will give you impressions and free skins.
You will not fight alone, but with a team of excellent professionals. Whose skills will be the highest, and knowledge deep, he will win. This version differs from the previous one in a large number of interesting modes:
Wearing a sniper suit and taking a powerful M40 barrel, you will have access to the "Duel of Snipers". Use reduced gravity and hit the target as quickly as possible.
"Rampage". Your arsenal will be replenished with a heavy shotgun. This set will give you the opportunity to earn even more points and win the battle.
Capture the Flag. A unique flag is the property of each fighting side. Take the flag from the enemy at any cost and deliver it to your personal base. This must be done or you will lose.

The game also retained all the modes that were before:

"Team fight". You will only have ten minutes to fight. Defeat as many opponents as possible within this allotted time.
"Bomb Plant". The terrorists have taken possession of very powerful explosives, which they have carefully hidden and can detonate at any time. Only in your power to prevent this, make every effort to help the special forces.
"Arms race". Defeat every opponent on your way to get to the newest deadly weapon. You will only win once if you complete the stage completely.

Playing in a team is always better than playing alone. Don't lose courage and victory will be on your side
Screenshots 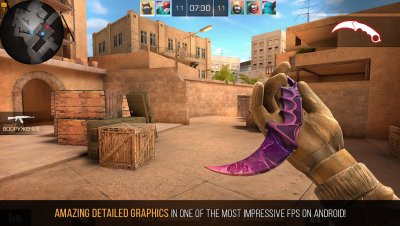 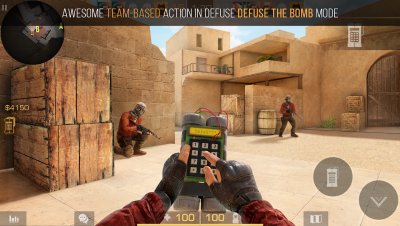 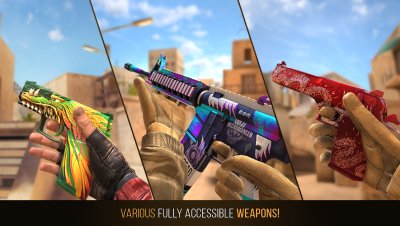 Nulls Brawl
NULLS BRAWL 41.150 with thunder and fan - this application is an unofficial version of everyone

Standoff 2
Standoff 2 - a fairly dynamic action shooter that was created based on the famous movie. Game
Comments (0)