Updated: 25-05-2022
Application version: 1.4.3.2.3
Category: Arcade
Developer: 505 Games Srl
Android version: 4.0.3+
Rating
Average rating
4.4
Description
Terraria (terraria) is an entertaining and at the same time absolutely simple application, suitable even for the weakest smartphones. The meaning of the game and control is similar to popular games: Minecraft, SurvivalCraft, Block Story. In this game, you create a character that you endow with the required qualities and abilities: you can train him, develop strength and endurance. As you progress through the game, you will be able to open weapons, build houses for your hero, and also participate in battles with opponents, win and receive bonuses.

This is one of those very projects that began to gain its popularity even on conventional computers. The reason for the increased popularity of Terraria is also that any participant can easily create a world they like and subsequently walk along it with a friend.

Developing your hero, creating his appearance, at the same time you have to create weapons, fight against numerous enemies and other brave heroes in the presented quests. But the player's primary mission is to build his home and protect himself. You will constantly survive by working out the infrastructure. There is also magic in the project, as well as more than two hundred types of weapons, potions, and equipment.
The player should also remember about the main opponents, who will constantly build various dirty tricks on the main character. These are seventy of the most difficult monsters and five difficult leaders. Among the primary troubles for the player, you can also rank the flows of molten magma and water, which will easily destroy everything they touch. At the start of the game, you can immediately start killing enemies, and the weapon will be an ordinary pick or a shovel, but the main effective weapon will still be ingenuity and logical thinking.

Terraria is similar in meaning to the Minecraft project, only in a 2D version. The game has a similar crafting system, almost identical mobs, items and how to get them, for example, to destroy an item, just hold your finger on the part of the screen that you want to destroy and the process will begin. It will not be difficult for players who understand Minecraft to get into the gameplay of this application.

There is also an addition TL mods.
Screenshots Video 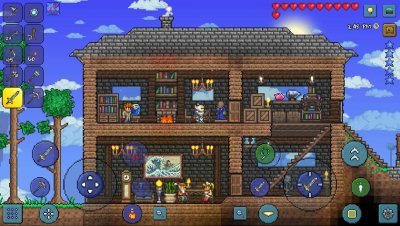 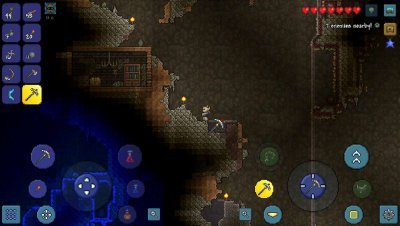 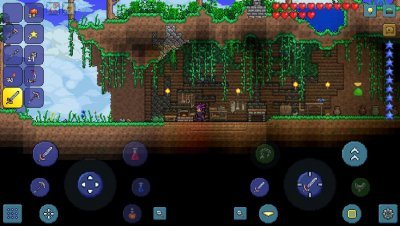 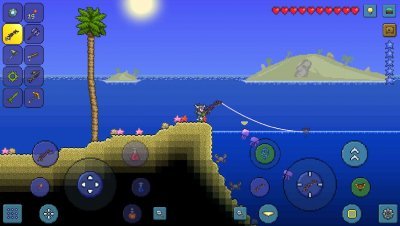 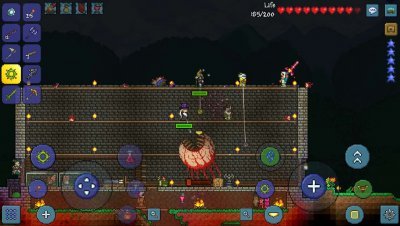 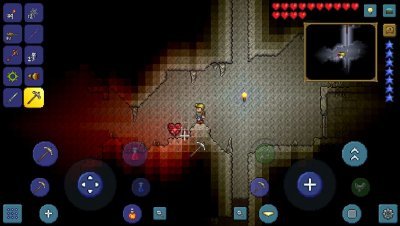 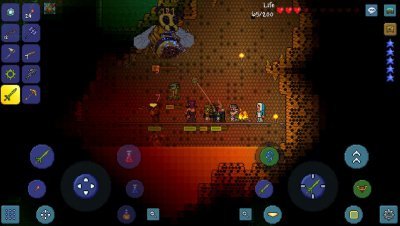 Survivalcraft
Survivalcraft is an application in the style of popular games such as Minecraft and Block Story.
0