Updated: 11-01-2023
Application version: (release/beta)
Category: Minecraft
Developer: Mojang
Android version: 4.1+
Rating
Average rating
4.4
Description
This page contains the latest versions of Minecraft (full 1.19.51.02 and beta). Some elements and things will never officially be added to it. To get a new weapon or vehicle, you need to use mod or xbox version of Minecraft. Mods allow you to acquire new characters, expand the list of menus, and so on.
Many users compare Minecraft PE with the digital analogue of the LEGO constructor, because much here resembles a kind of world that consists of separate blocks connected to each other. At first glance, this project looks simple and uncomplicated. However, this famous game is quite versatile and allows you to implement complex ideas in it, and is also ideal for the creative development of children. Despite the fact that it has been pleasing gamers for a long time, the developers try to regularly recreate the locations. For example, they recently added locations from famous Marvel movies, the Game of Thrones series, as well as other popular works.

Observation mode. This option continues to receive some improvements and improvements, in the Wild Update, during the process on the server, crafters do not at all affect the regular disappearance of mobs present. Also if other players at that moment of action are not as such spectators who are not visible to ordinary users.
Items. In recent releases, you can find several unique and interesting items for yourself. For water travel, it will be possible to use craft boats with a chest, because you can carry all the necessary things in it in any quantity. Plus, in order for users to find out the place of death, they can use the restoring compass, which is created from echo fragments.
Blocks. A cool and at the same time unique crafting material will be the so-called mangrove wood. Blocks can be used in the construction of a house, for example - stairs, windows or doors.
Mobs. To get acquainted with the most powerful and terrible mob in the release, gamers need to go to dark places of locations. One of these places is the Ancient City.

At the moment, among the analogues of Minecraft, such applications are offered as: SurvivalCraft, Block Story, in which the game conditions are similar. Also, the developers of this application released Minecraft Earth based on the same cubic world and virtual reality effect, but the meaning in it is different from MCPE.
Minecraft 1.19.40
Screenshots Video 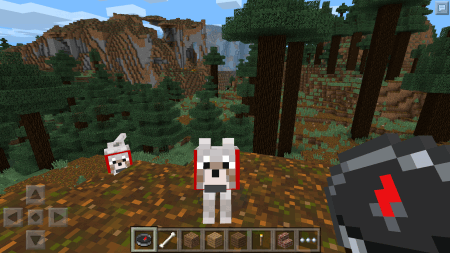 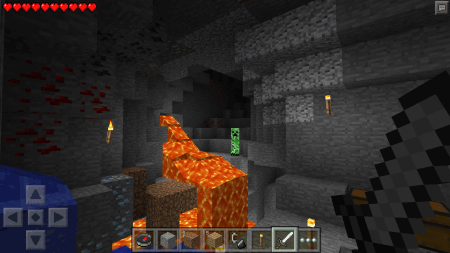 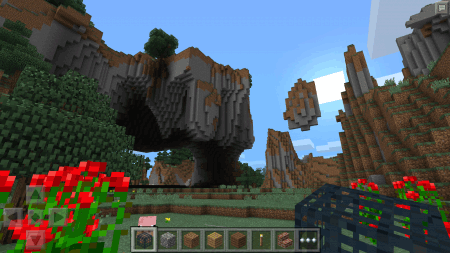 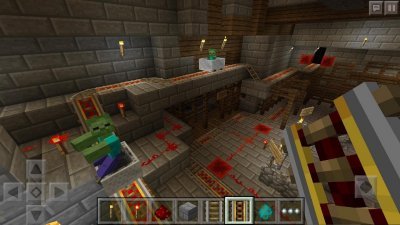 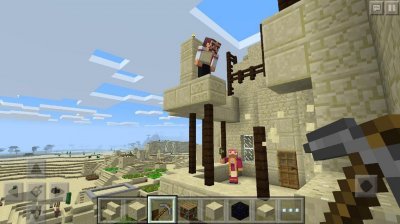 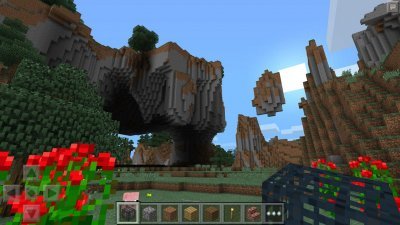 Minecraft PE 2
When is the release of the second part of the popular Minecraft game planned? This question is of

Minecraft 1.18
Minecraft 1.18 is the second part of the last update of the Universe Minecraft - Caves and rocks
Comments (0)