Updated: 13-01-2023
Application version: 6.3.1.2241
Category: Action
Developer: Outfit7
Android version: 4.1+
Rating
Average rating
4.3
Description
Talking Tom Gold Run is a rapidly growing application from the developer of the equally famous game Talking Tom 2. As in a similar game of a similar nature Subway Surfers, the game scenario is quite simple: the character Tom must run the longest section of the path, collecting in the process of gold coins. The catch of the game plot is that the hero will meet unexpected obstacles and traps, deftly overcoming which he will collect a lot of gold and be able to score a record number of points.
How did Talking Tom win the hearts of the players? The cute and charming character of the game was able to win a huge army of fans. The game plot with the participation of talking Tom is found on the bright screens of schoolchildren, students and respectable office clerks. The hero not only collects gold according to the scenario of the game, but seeks to restore justice, because according to the idea of ​​the developers, the malefactors took away the gold coins from the character and his girlfriend. It will be difficult to catch up with them. With each level, the obstacles in Tom's path take on a new scale and the hero needs to be smart and demonstrate excellent reaction in order to cope with them.


How to collect more gold: revealing the secrets of the game. As mentioned above, the goal of the game is to accumulate gold. However, the coins can be hidden from Tom and he will need to work hard to find them. So, treasures can be scattered in the most unexpected places of the location, which the hero can get to after overcoming obstacles. As a reward for his work, the character will receive countless treasures, and the user who controls him will receive satisfaction and enjoyment from the game process.
Screenshots 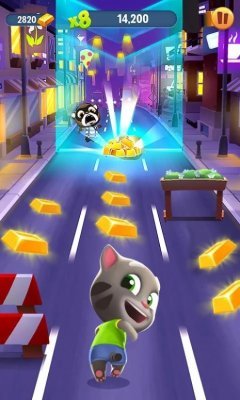 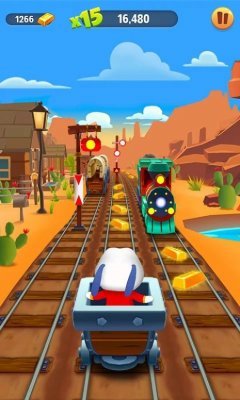 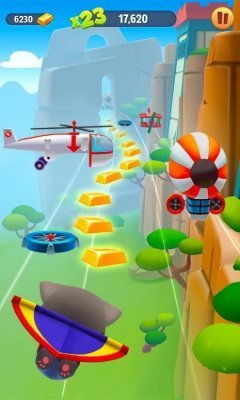 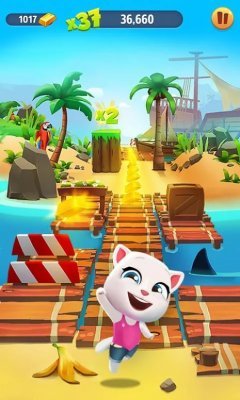 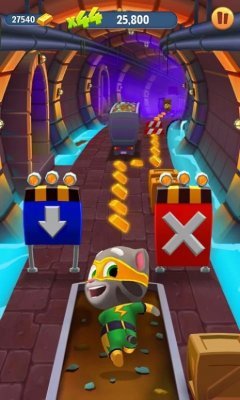 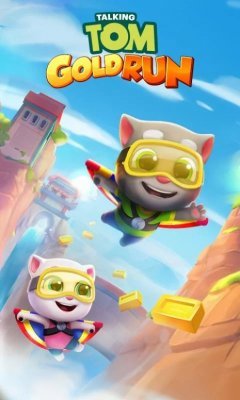 Talking Tom Cat
Have long dreamed of their own pet, but everyone did not dare to get them? Now you have such an

My Talking Tom
My Talking Tom is a very popular and outstanding application, where a small cat, nicknamed Tom with
Comments (0)