Updated: 7-06-2022
Application version: 2.0.3
Category: FNaF all games
Developer: Scott Cawthon
Android version: 2.3+
Rating
Average rating
4.4
Description
FNaF is an unusual game with a scary storyline. The user will play as a security guard working at Freddy Fazbear's Pizza. To attract the attention and entertainment of visitors, the institution has soft toys: a teddy bear named Freddie, Bonnie the rabbit and a plush chicken named Chika. Children really like funny little animals, which are very sweet and good-natured every day, but at night, plush toys are no longer so harmless. At night, the toys try to kill the people they can get to. But you got a job as a night watchman!

In order not to become a victim of bloodthirsty soft toys, you will have to follow the enemies in the surveillance cameras. It is not required to explore the premises, because you can’t tear yourself away from the monitors that display the image from the video cameras for even a minute. Freddie or Chica might get too close to you unnoticed! In FNaF, the player must survive against the killer toys for 5 nights. Don't forget to keep an eye on the power level. The cells and doors are powered by electricity, which is often not enough. If you miss the approach of Freddy Bear, the player will hear the corresponding music and see his eyes burning with anticipation. The user's task is to hold out until 6 o'clock in the morning, it is at this time that the toys are seated in their places.
Screenshots 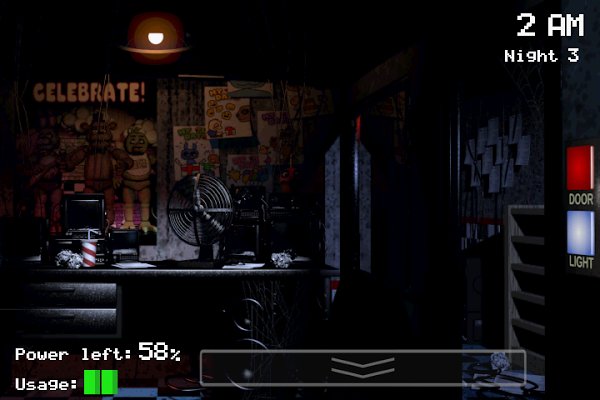 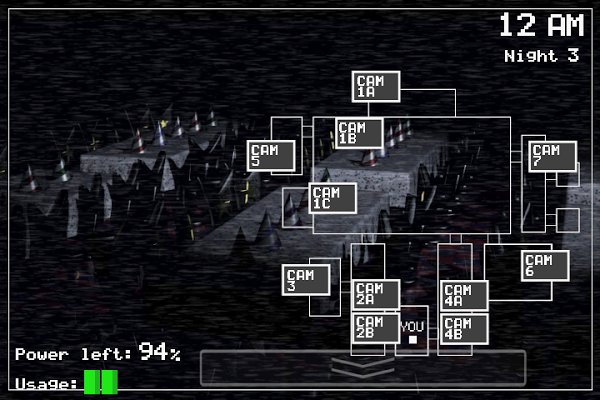 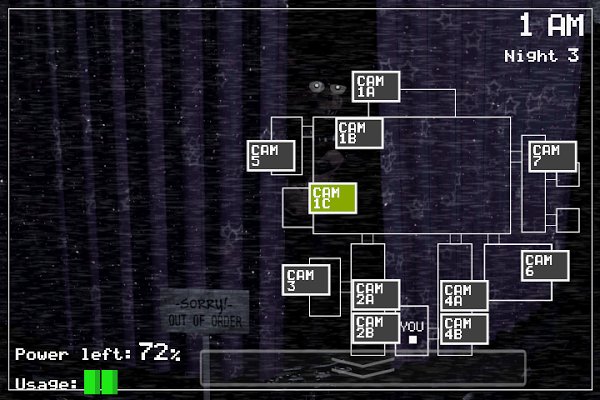 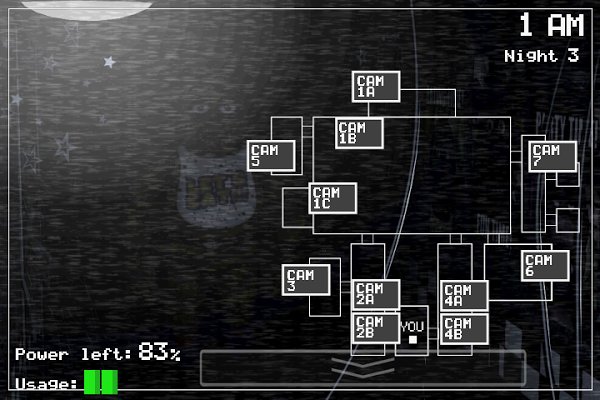 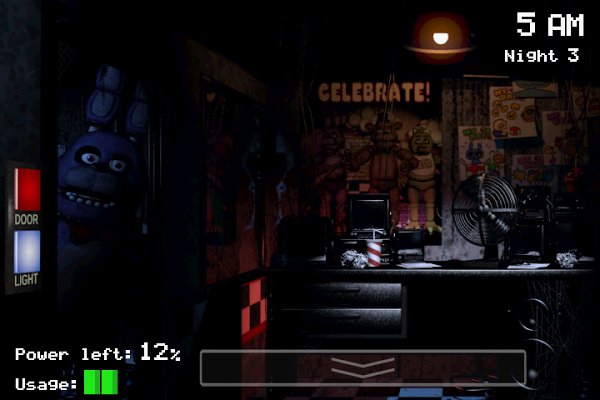 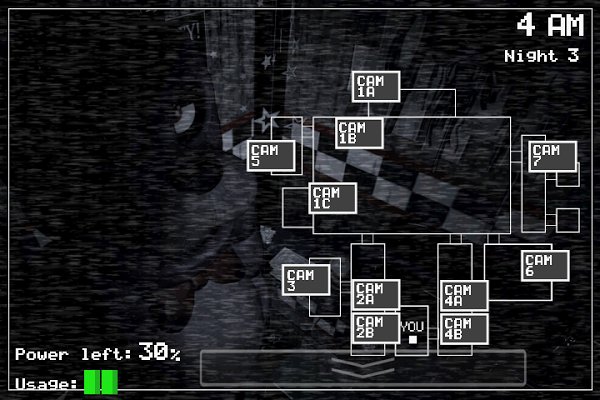 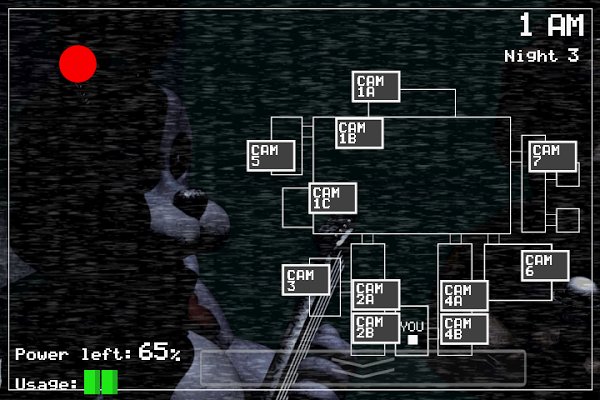 FNAF 3
FNAF 3 is the final installment in the horror trilogy that gamers love so much. We again find
0